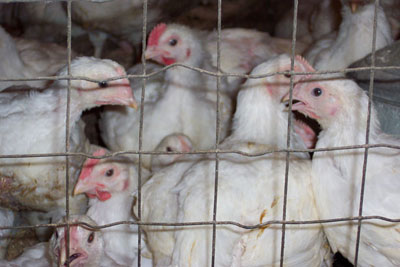 A statewide ban on poultry exhibitions that’s been in place since May will be lifted on January 1st.

“We had banned poultry exhibitions when we had avian influenza in the state under the concern that could spread avian influenza from birds to birds and farm to farm,” Northey says. “Now that we have lifted the last quarantine from farms, we don’t believe we have any positive birds in Iowa, we are lifting that ban.”

The bird flu outbreak devastated Iowa’s poultry industry this spring. The disease was likely spread by migrating wild waterfowl, like ducks and geese, as they flew north. There was much concern bird flu would reappear this fall as those birds migrated south for the winter, but no new cases were reported.

“We are very pleased that we didn’t have it this fall and we didn’t see it in any of our surrounding states as well,” Northey says. “That does not mean it can’t come back in the spring. Certainly, we have a lot of farmers making investments and trying to keep the disease out of their farms. We need to keep our surveillance up and have folks certainly let us know if there’s any sick birds out there.”

A total of 77 poultry operations statewide had bird flu outbreaks this spring and more than 31-million chickens and turkeys were wiped out in Iowa, which was by far the worst-hit state.

Northey hesitates to say how much the outbreak cost Iowa. He says the U-S Department of Agriculture likely spent some $400-million on clean-up and in paying producers for some of their losses, while those producers probably saw another $400-million in lost income.

“We had a lot of other folks as well that their business is supplying those producers, we had probably a small impact on grain prices as well and other feed prices,” Northey says. “I’ve seen estimates of close to a billion dollars but it’s really hard to be able to get a good estimate because the impact is spread so wide.”

No new cases of bird flu have been reported in Iowa since June and the final quarantine was lifted on December 1st. Due to the exhibition ban, this was the first year live poultry wasn’t exhibited at the Iowa State Fair since birds were first shown there in 1904.