You are here: Home / Fires/Accidents/Disasters / Two forced to jump out of burning apartment building in Sloan 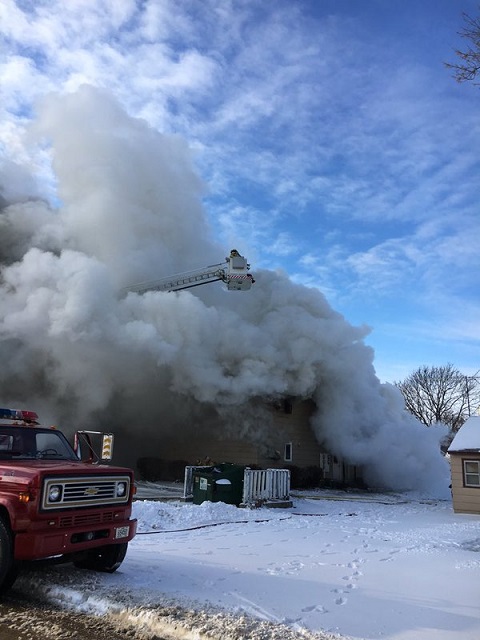 Firefighters are on the scene of an apartment building fire in the western Iowa town of Sloan.

The call came in shortly before 10 a.m. A Woodbury County Sheriff’s deputy says the top floor of the structure was engulfed in flames when he arrived.

The deputy says two residents jumped to safety from a second floor window of the four-apartment, two-story structure. Heavy smoke from the fire forced residents of a second building next door to evacuate.

The sheriff’s department says a total of 15 people have been displaced by the fire from the two buildings. A church has been opened as a shelter for the residents and the American Red Cross is also assisting at the scene.

There’s no report on any injuries at this time.