You are here: Home / News / Rose Bowl too tempting for Hawks fans to wait for next time 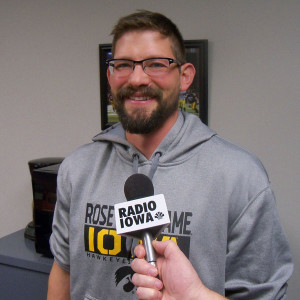 Iowa’s undefeated regular season and Rose Bowl invitation has thousands of Hawkeye fans heading to the west coast, which in turn has driven up the cost of the tickets and the trip as a whole.

But for some diehard fans — like Tim Vos of Ankeny — they don’t want to risk having to wait again to see Iowa in Pasadena.

“The last time the Hawks went to the Rose Bowl, I was eleven. I’m 36 now,” Vos says. “If the distance between now and then is the same as then and now — I will be 61 the next time they go. I’d take it over a month-long trip to Europe.”

The playoff system exacerbates the problem, as Iowa has been in line to go to the Rose Bowl in the past, but was chosen by a different bowl. Vos says that was the case in 2002 when Iowa ended up in the Orange Bowl.

“We had tickets in ’02 to go to the Rose Bowl, and then had to quickly switch our flights over and get them to Miami and we ended up stopping in nine different places to get to Miami. You just never know it’s going to happen again,” Vos says.

Vos gained his love of the Hawkeyes from his family and says his brothers tell him he’d get upset as early as two years old when the Iowa lost a football game. He named his son Kinnick after Iowa’s only Heisman Trophy winner Nile Kinnick. Though he may bleed black and gold, Vos didn’t see a Rose Bowl coming after Iowa was beaten soundly last January in the Taxslayer Bowl.

“I was a guy who thought they would probably be 8-4, maybe 9-3, so I suppose I was on the optimistic end of Iowa fans. But if you had told me they were going to go 6-6, I certainly wouldn’t have been shocked. But I was luke warm coming in,” Vos says.

He is like a lot of fans who were surprised when the Hawkeyes finished the regular season at 12-0. “Gosh, it was late in the season before I thought it was real… you could imagine it happening, but it just never happens, it never happens, teams like Iowa just don’t go undefeated. Even during the Nebraska week, you thought they have to lose at some point,” Vos says.

Vos says the loss in the Big Ten Championship game was not easy to take, but going to the Rose Bowl helped ease the first loss of the season. Iowa hasn’t won a Rose Bowl since the 1950’s, but Vos isn’t ready to count them out in what has already been a magical season for him and other Iowa fans.

“At this point you’d be crazy to expect them to lose — I don’t care who they’re playing — they find a way at worst to stay really close,” Vos says. “It’ll be a good game, I’m sure of it.”

Vos and thousands of other Iowa fans will be cheering and doing what they can to try and make sure the win happens.