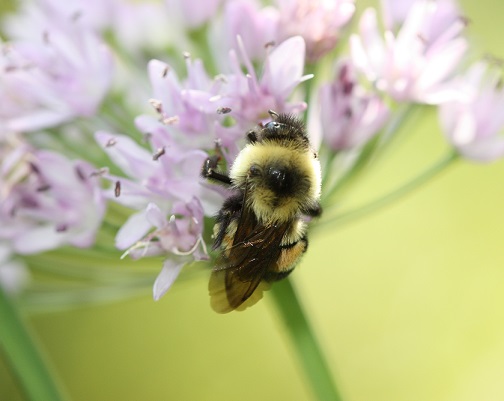 Iowans who are considering taking up a new hobby in the new year might consider taking a course in beekeeping. A record number of beekeeping classes will be offered in the state this winter, at locations all over Iowa.

State apiarist Andrew Joseph says some courses will start as soon as January 9th, just over a week from now.

“Wintertime is a good time to learn about all of the basic information you need to get started with a hive of bees,” Joseph says. “You’ll get this knowledge in your mind, you’ll know where to get things, how to order your equipment and put it together and what to expect over your first season. That’ll prepare you well for springtime, which is when beekeepers will start their new colonies.”

It can be a profitable hobby, Joseph says, and the number of beekeepers is growing.

“They’re just skyrocketing and this is definitely true for Iowa and it’s true for pretty much everywhere in the U.S.,” Joseph says. “We’ve jumped over the last ten years from around 3,000 or 3,500 beekeepers across the state to an estimated 4,500 now today.”

Iowa’s 4,500 beekeepers manage more than 45,000 colonies of honey bees. Those bees produce about 4-million pounds of honey annually, valued at over $8-million. Honey bees are also responsible for the pollination of many Iowa crops, as well as home gardens and plants eaten by wildlife. The economic value of honey bees as crop pollinators in Iowa is estimated at $92 million a year.

Joseph says the classes being offered by the state will be of help for those who are just starting out.

“Most of the people that would be interested in these classes are new hobbyists, beekeepers with a couple of hives in their back yard,” he says. “It’s a great way to start, just two or three hives, get a taste for it and let it go from there. If you get a passion for it, build up your numbers.”

The state’s offering some 27 classes in beekeeping in a host of sites. The full list is at: www.abuzzaboutbees.com