You are here: Home / News / Barnstorming candidates striking out to convince Iowa Caucus-goers 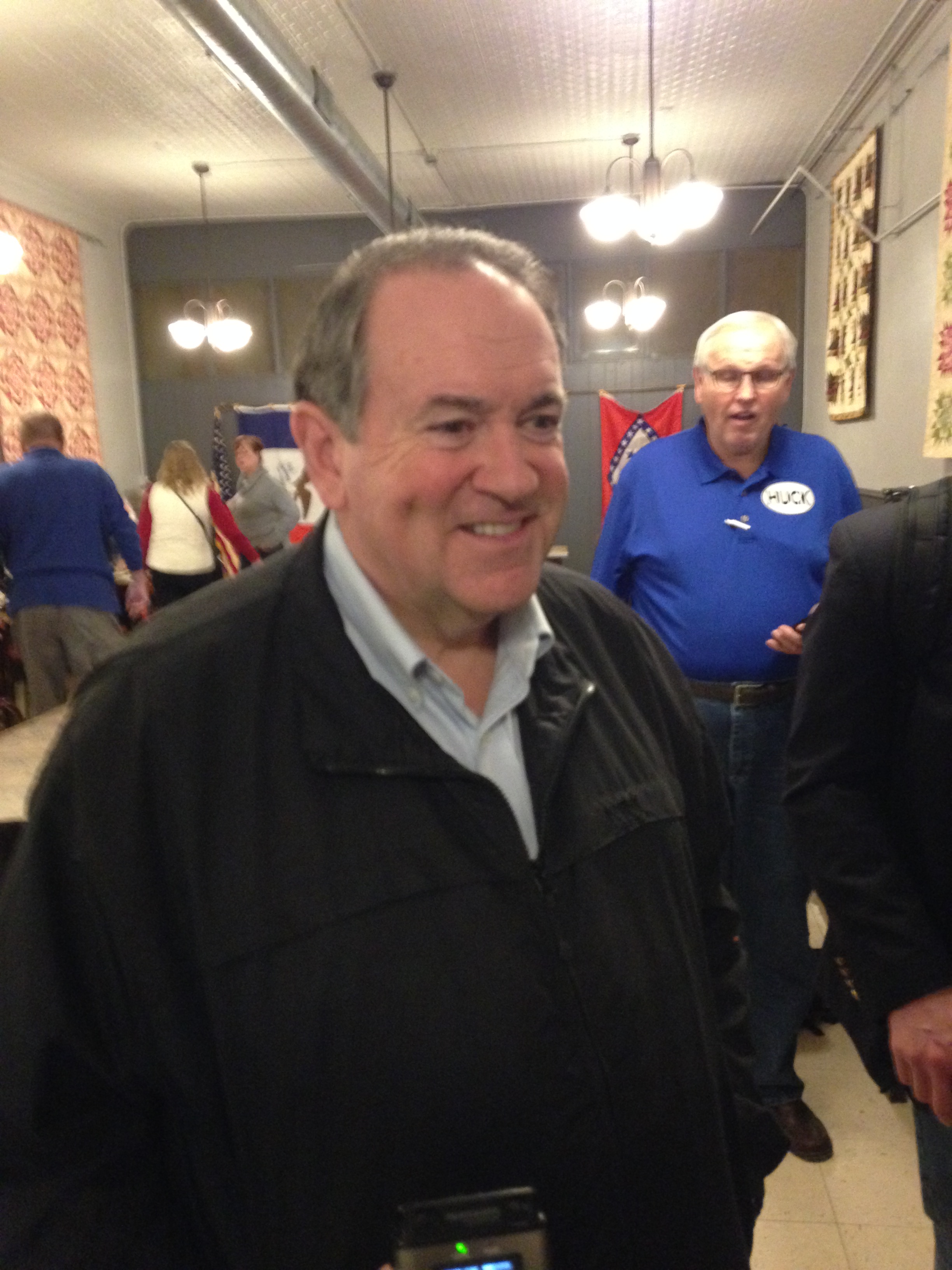 There are four presidential candidates in Iowa today — and all four were in Iowa yesterday as the campaign frenzy in advance of the Iowa Caucuses intensifies.

Former Arkansas Governor Mike Huckabee, the winner of the Republican Party’s Caucuses in 2008, is again making a 99-county tour of the state. When Huckabee makes it to Parkersburg this evening, he’ll be marking off his 98th county.

“This is Iowa. This is what happens. You have people go up and down and up and down and then when it gets down that funnel, it starts to pay off to have been here a lot,” Huckabee told Radio Iowa in an interview this weekend. “That’s the way we have always understood it. I don’t think the state has changed much in four years or eight years or 40 years, for that matter.”

Texas Senator Ted Cruz campaigned ’til the midnight hour, with a late Monday night stop at a diner. It was elbow-to-elbow at Charlie’s Steakhouse Monday afternoon in Carroll as the Republican presidential hopeful held a “Cruzin’ to Caucus” town hall meeting.

“We’re here today because of our country’s in crisis,” Cruz said.

Karen Friedlein is a Carroll native who hasn’t decided which candidate to support in the Caucuses.

“I’m Republican and I’m looking for a strong leader who shows leadership and fights for our country, our citizens and our way of life,” she said.

Freidlein, who teaches accounting and business courses at the Des Moines Area Community College campus in Carroll, left the Cruz event still undecided. Freidlein said she’s attending every Caucus-related event she can to evaluate the candidates and find the one who best addresses her security concerns.

(Additional reporting in Carroll by Chantelle Grove of KCIM Radio)