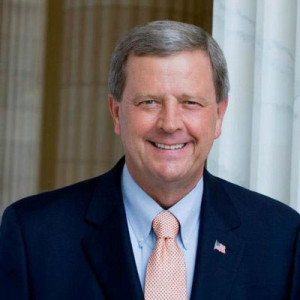 Former Iowa Congressman Tom Latham says he has been diagnosed with cancer.

Latham broke the news his Twitter and Facebook accounts last night. Latham, who is 67 years old, has lymphoma. Latham said he’s working with “a great team of doctors” to devise a treatment plan. Latham said he has “never lost an election” and he is “not going to lose this (cancer) battle either.” Latham thanked his friends and supporters “in advance” for their “positive thoughts and prayers.”

Latham served in the U.S. House of Representatives for 20 years. Latham represented three different congressional districts that covered more than 60 of Iowa’s 99 counties during his career. Latham is a Republican who called tiny Alexander, Iowa, his home for most of his life, but now calls the Des Moines suburb of Clive his home. Latham was first elected to congress in 1994. He did not seek reelection in 2014.