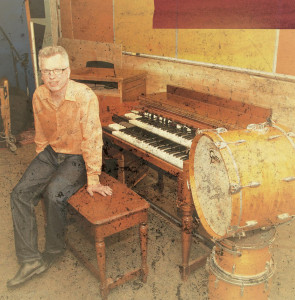 An Iowa musician, best known for his work on the drum kit, has composed his own album featuring the unique sounds of a vintage electric organ.

The Hammond organ was first manufactured in 1935 and marketed to churches as a lower-cost alternative to the wind-driven pipe organ. Jim Viner of Iowa City fell in love with the sound of the large musical instrument as a kid.

His mother, who played the organ at church, bought a Hammond for their home. “It’s just such an amazingly versatile instrument,” Viner says. “It can really kind of imitate the whole band. I mean, you can be playing the bass on it. You can be playing horn type parts, lead lines, or backing padding chords, something like an acoustic guitar might play in a standard rock band.”

The 48-year-old Viner has played drums in several bands and is currently part of the popular Des Moines-based roots-rock outfit Brother Trucker. But now, he’s released his own album — titled “COMANGO!” — featuring 11 instrumentals spotlighting a Hammond B3 organ. 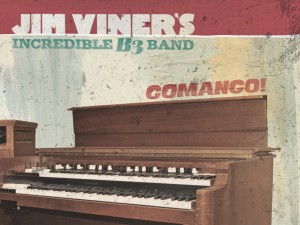 Viner is hoping some of his tunes will wind up in TV shows or movies. Bands in which Viner has previously played have landed songs on film and television soundtracks, including the Showtime series “Weeds.”

Jim Viner’s Incredible B3 Band has a rare live performance scheduled for tonight at 7:00 in the Basement of the Des Moines Social Club.