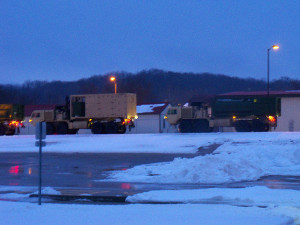 Around 45 Iowa National Guard soldiers returned to Camp Dodge in Johnston Wednesday from a mission to help flood victims in Missouri.

Staff Sergeant Justin Scarborough led the group of soldiers who volunteered for the mission on New Year’s Eve and arrived in Missouri the next day.

He says they traveled to the city of High Ridge, Missouri which had flooded, and they filled “Hippo” transporters with 2,000 gallons of water from various sites and took them back to a dump location in the city. The water was then pumped into the city’s water tower. 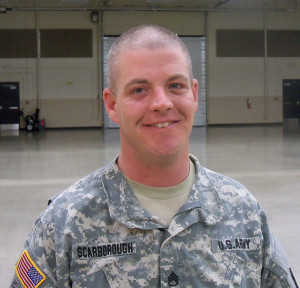 Scarborough says they didn’t mind missing out on the New Year’s celebration for a work mission. He says the residents of the city had no water to drink or wash or anything else, and it was gratifying to see their response. “Oh, it was amazing, I’ve been in the military 13 years and I’ve never seen residents more helpful and more thankful for what we did then them,” Scarborough says. “It was amazing.”

Scarborough says he was impressed with the mood of the people of High Ridge in the wake of the flooding. “High spirits, thankful most of the time,” Scarborough says. “Not really in a bad mood with us at least.”