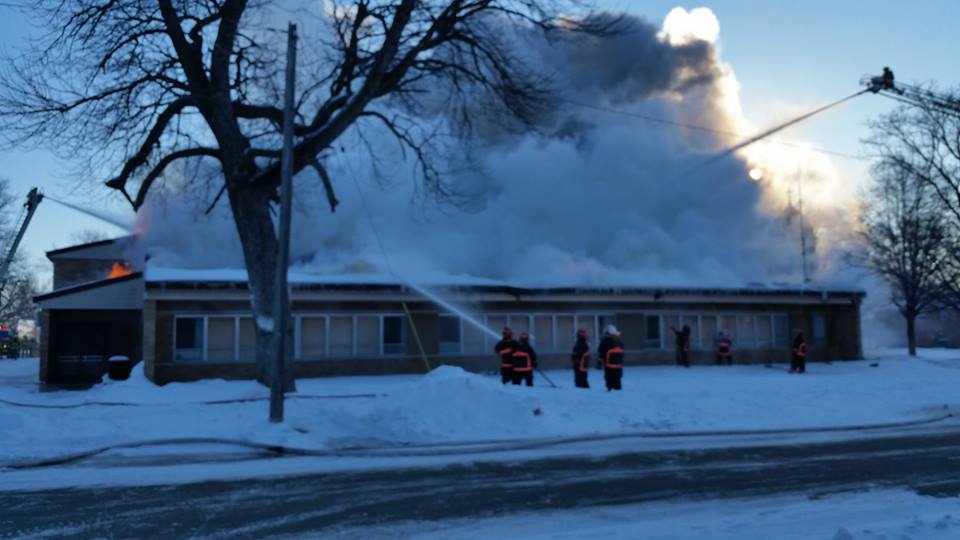 Rockwell Fire Chief Mark Lowe says the building appeared to be a total loss when he first got the call.

“When I responded to the fire alarm, I looked over and saw the Sunday School was fully involved,” Lowe says.

He says it was tough to battle the blaze as the thermometer read 6-below zero with a wind chill at around 30-below. 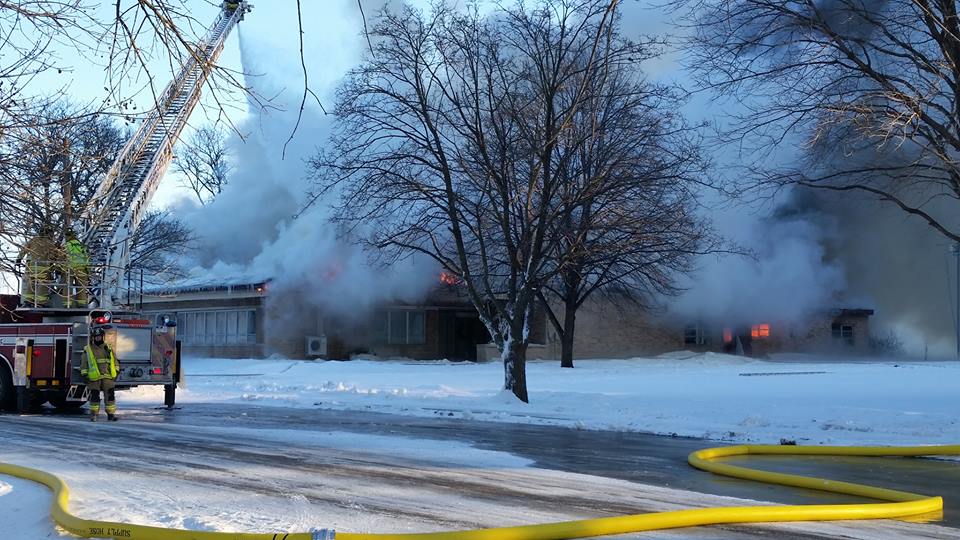 Firefighters from Mason City, Swaledale, Sheffield and Dougherty also responded to the fire, something for which Lowe was very thankful.

“We got a lot of help,” Lowe says. “It’s a nice thing when you hit that panic button and ask for help, it comes.”

The building was not occupied at the time of the fire and nobody was injured. The building housed the parish secretary’s office, had a gym, a kitchen and an apartment, and was used on a regular basis for religious education classes.

The cause of the fire is under investigation.