You are here: Home / Business / Fort Dodge in running for grants from America’s Best Communities contest 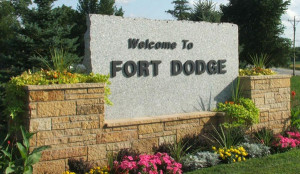 An Iowa city has made a list of 15 finalists for a chance to win $3 million in grants. Carissa Harvey is senior planner for Fort Dodge, which entered the America’s Best Communities competition last year — along with 350 other cities.

“We’re excited to continue to move forward in the competition because it really helps get the process moving a little bit quicker for implementation,” Harvey said. Fort Dodge made the list of 50 finalists last spring and city officials learned Wednesday they’re now in the final 15. Harvey and others have been working on a “revitalization strategy” for Fort Dodge.

They’ll travel to the America’s Best Communities Summit in Durham, North Carolina on April 26 and 27 to present their plan. After the summit, a panel of “expert judges” and executives from the sponsoring companies will select eight communities for $100,000 grants and a spot in the competition finals. The eventual overall top prize is a $3 million grant. There are also grants of $2 million for second and $1 million for third.