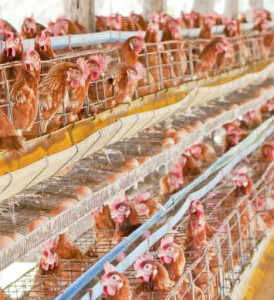 Poultry producers in Iowa are on high alert as an outbreak of avian influenza is being dealt with in Indiana. At least ten turkey farms in a single Indiana county are reported infected.

T.J. Myers, an administrator at the U.S.D.A.’s Animal and Plant Health Inspection Service, says the outbreak appears to be contained.

“There’s been a lot of good work to increase our preparatory efforts at the federal side, the state side and the industry side,” Myers says. “Industry and poultry producers have been doing a lot to strengthen their biosecurity so we are hopeful that as we respond very quickly to this virus that we can get it contained.”

The Indiana situation is being closely monitored and Myers says the agency is not calling for vaccinations. “Our vaccination policy is to only use it if we feel that it would be an important adjunct to our stamping out policy,” he says. “At this point, we are not looking to do any sort of vaccination.”

While the bird flu outbreak appears to have spread to multiple farms in Indiana, they are all in close proximity within one county and officials believe the spread has been halted. Given that, vaccinations shouldn’t be needed.

“That’s something that we would only use if we felt that it was necessary to assist us in containing a spreading virus,” Myers says, “which we are not looking at right now.” A total of 77 poultry operations in Iowa had bird flu outbreaks last spring and more than 31 million chickens and turkeys were wiped out in Iowa, which was by far the worst-hit state.

Losses in Iowa alone from the outbreak may total one billion dollars. No new cases of bird flu have been reported in Iowa since last June and the final quarantine was lifted on December 1st.