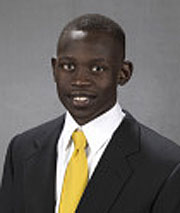 Ninth-ranked Iowa downed Rutgers 90-76 on the road Thursday night to move to 6-0 in the Big Ten Conference.

That’s the most wins to start conference play for the Hawkeyes since the 1986-87 season.  Iowa led just 45-37 at halftime, but pulled away in the second half and has now won 12 straight Big Ten regular season games and 11 of their last 15 games on the road.

Peter Jok led three Hawkeyes who scored 20 or more points, hitting a career high 29. Anthony Clemmons and Jared Uthoff each hit 20, which was also a career high for Clemmons.

Uthoff became the 44th Hawkeye to score more than 1,000 points in his career. Adam Woodbury had 12 points and 11 rebounds to record his third double-double of the season.