You are here: Home / Education / Board of Education raises concern with governor on reading program funding 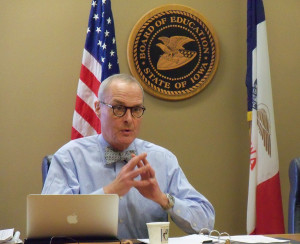 Members of the Board of Education and Governor Terry Branstad discussed concerns about the budget during the board’s meeting Thursday in Des Moines.

Branstad told the board it will be a tight budget situation this year with the drop in farm income and other factors.

Board president Charles Edwards of Des Moines told the governor they understand the budget issues, but said they are concerned about the Early Childhood Literacy program funding.

“We do not believe that there are proper funds in place — you could even go so far as to say massively underfunded,” according to Edwards. “And that’s what we’re hearing from school districts. Is that they need more funds to provide summer programs.” The Education Department asked for $9 million in funding for the program.

The summer programs help bring the students up to a third grade reading level to allow them to continue advancing in school, and there is a June 2017 deadline to have them ready. 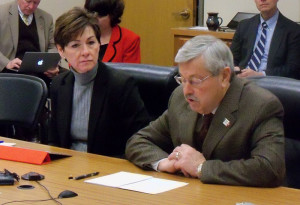 Lt. Governor Kim Reynolds and Governor Terry Branstad at the Board of Education meeting.

The governor says he wanted to first address the amount of school funding that will be available, so that issue is taken care of before looking at the other funding. Branstad says he would have loved to have put the money in the budget for the summer programs in addition to the 2.45 percent increase proposed for supplemental state aid to schools.

“And I saw what happened last, and I don’t want to see the legislature spending the whole year fighting over supplemental state aid,” Branstad says. He says getting the state aid approved early gives  school districts information to plan with. The governor says he does not want the legislature to just pass a budget to get through an election year as they have in the past.

Board member Mike May of Spirit Lake says the Board of Education is aware of the budget issues, but reiterated the concern over the literacy funding. He says there are thousands of kids who won’t meet the requirements and will need help. 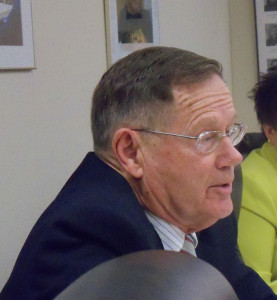 Branstad says there will be time to meet the deadline. “This is 2017 and what I am going to do is ask the legislature to approve this at the beginning of the session of 2017,” Branstad says.

The discussion was part of the governor’s annual January meeting with the Board of Education.