You are here: Home / Fires/Accidents/Disasters / Tent catches fire as Iowa State students camp out for basketball 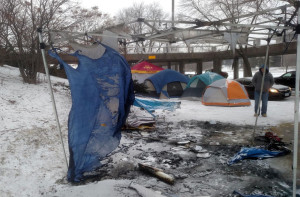 ISU Police say three students were sleeping inside a tent that caught on fire around 3 a.m.

They were able to escape and no one was injured. The fire was started by a propane heater inside the tent. The damage to the tent is estimated at $1,000.

ISU students started lining up outside Hilton as early as Wednesday night, hoping to secure a seat near the court on Monday night for the Cyclones’ game against Kansas.

The Jayhawks are ranked third in the AP college basketball poll. The Cyclones, who beat top-ranked Oklahoma in Ames earlier this week, are ranked 19th. 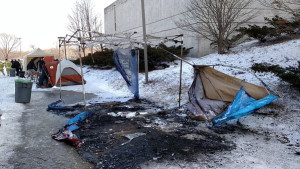