You are here: Home / Human Interest / Animator for the Beatles showing off work in Sioux City 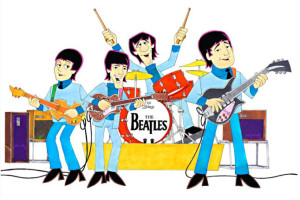 The man who was the animator for the Beatles and some of the best-known cartoon characters of decades past is in Sioux City this week showing off his work.

Australian-born Ron Campbell animated the Beatles cartoon TV series as well as much of the work on the Fab Four’s “Yellow Submarine” movie.

Campbell says he didn’t know who the Beatles were when he was asked to work on their show in 1965. After being told he had been picked, Campbell says he responded, “That’s great, but insects don’t make very good characters for children’s TV, what are you doing?” He doesn’t remember his boss’ response but he says it was along the lines of, “You idiot, it’s the Beatles rock and roll group!”

It took about a month to produce each half-hour episode where all of the art, music and vocals were mailed cross-country or overseas. “He had the voices recorded in New York, so he sent me a script, the music track, the voice track and it was my job to send him cut, work, print and edited music and special effects and everything so he could make a release print and run it across the road to ABC for transmission,” he says.

Campbell, who’s now 76, began his animation career in the late 1950s. He later moved to the United States and Hanna-Barbera, writing and producing cartoons for Sesame Street, the original George of the Jungle and Tom Slick. His later works include characters on the Flintstones, the Jetsons, the Smurfs, the Rugrats and Scooby Doo. Campbell will be at Vangarde Arts in downtown Sioux City through today between 11 a.m. and 7 p.m.