You are here: Home / News / Snow could impact those leaving Iowa after the Caucuses 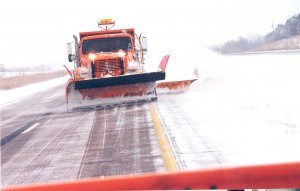 It’s a little early yet to be concerned, but winter weather with blowing snow and bitter cold could threaten the turnout for next Monday night’s first-in-the-nation presidential Caucuses in Iowa.

“It does look like we could see some accumulating snowfall and gusty winds with this system across much of Iowa, especially Tuesday into Wednesday,” Beerends says. “Some of the precipitation could begin as early as Monday evening, which could impact the Caucuses, but at this time, the majority of the impacts look like they could wait until Tuesday into Wednesday.”

If the storm hits on Tuesday, that day after the Caucuses is a big travel day as thousands of campaign workers, journalists and others involved in the political process aim to drive or fly out of the state, headed for the East Coast.