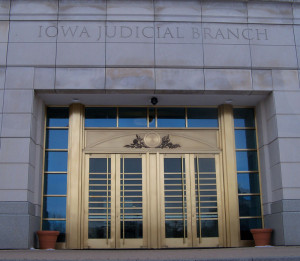 The Regional Utility Services Systems Commission sought to seize the nearly $28,000 in the bank account of the city of Mount Union in Henry County in southeast Iowa to settle a judgment against the city.

The city argued a majority of the money in the account is made up of special funds that are used to pay for the ongoing operation of the city and are exempt from being seized.

City property such as buildings have long been exempt from seizure, but the Iowa courts have not ruled on whether money in city bank accounts is considered “other property” that is also exempt.

The district court ruled the money isn’t exempt. But the Iowa Supreme Court says in its ruling that general funds in a municipal bank account constitute “other public property” that are exempt so long as they are necessary and proper for running the city.