You are here: Home / Sports / Jok and Uthoff lead Hawkeyes past Northwestern 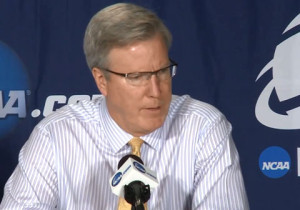 Peter Jok scored 22 of his team high 26 points in the second half as the third ranked Iowa Hawkeyes raced away to a 29 point lead in an 85-71 victory over Northwestern in Iowa City.

“When you start cooking from three you tend to get three happy but he mixed it with his three point shooting and his drives”, said Iowa coach Fran McCaffery. “We go into the bonus early because of that and late we were in the double bonus.”

Jok had 12 points as part of a 17-5 Iowa run in the second half after the Wildcats had trimmed a 16 point Hawkeye advantage to nine. Jarrod Uthoff scored 23 points, including 19 in the opening half as Iowa improved to 8-1 in the Big Ten and 17-4 overall.