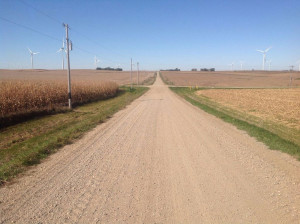 A recent increase in severe crashes at uncontrolled intersections in rural Iowa has prompted some lawmakers and others to question if more stop or yield signs should be posted on the state’s lesser traveled roads.

“That’s not, in our view, the right thing to be doing. So, we’re trying to bring more education out to everyone,” Bjerke said. “I know these crashes happen and they’re very unfortunate, but running out and throwing up a bunch of controlled intersections is not going to fix the problem.”

Iowa’s county engineers warn that over regulating traffic can result in drivers ignoring critical signage where it’s essential. “If you flood the system with all of these signs, (drivers) start to ignore them. The ones that are very necessary, those are the ones we want to have up and the ones you need to see,” Bjerke said. “When you put a bunch more out there that are not necessary, it is detracting from those that really are necessary. That’s what we’re trying to make sure we maintain.”

Bjerke also points to a 2005 Iowa State University study of such intersections.

“They found putting up these stop signs, statistically, made no difference,” Bjerke said. Installing many “non-essential signs” can lead to a less safe system overall, according to Bjerke, providing a false sense of security with drivers not stopping or recognizing the potential for conflict at the intersection.