You are here: Home / Business / ISU professor suggests a technology vacation to help you recharge 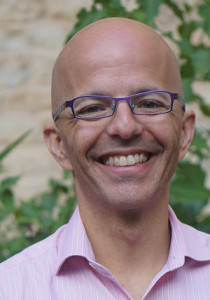 A technology expert at Iowa State University is recommending you take some time away from your electronic devices to make your life a little easier.

Rey Junco uses technology every day for research in his role as an associate professor of education and human computer interaction. But he decided about five years ago that he needed to set it aside to refresh himself.

“Every year, twice a year, I take a break from all technology. And some of my colleagues call it a tech sabbatical, but I like to think of it as a vacation from technology because it has that same kind of peaceful vibe as a typical vacation does,” according to Junco. He admits it was tough to stay away from some technology.

“There was a pull while I was on vacation to actually go into my email and process emails — because then I wouldn’t to deal with so many when I came back,” Junco explains. “So this year, I decided not to do that and to delete all the emails that I received while I was gone,” Junco says. Junco created an automatic reply email and activated a few days before his vacation, to let people know that if they needed to reach him, they would need to resend their email when he returned. He says it was tough at first, but he got used to it and found he could really enjoy his vacation.

Junco says the same thing will work for you. “If you are taking a vacation and you’re still on email, you are really not taking a vacation,” Junco say, “you are thinking about work, you are thinking about these things that are pulling at your subconscious this whole time. It’s not a good way to relax.” Your boss might want to stay in touch with you and send you email while you are on vacation. Junco has this message for those managers.

He says a lot of bosses have the erroneous view that productivity comes only from producing and that is not the case. He says putting down the technology is a natural and important thing.

Junco says he could understand how it could have been frustrating for some to not be able to immediately reach him during his breaks from technology, but he says he got a lot of people who understood his need to take a break.