You are here: Home / Sports / Ferentz to experience Super Bowl as a parent

Kirk Ferentz at the Rose Bowl.

A magical football season for Iowa coach Kirk Ferentz will conclude with a trip to Super Bowl 50 to watch his son, James, play for the Denver Broncos against the Carolina Panthers on Sunday in Santa Clara, California.

“He has gone from a day-to-day contract to now he has a week-to-week contract so he has improved his lot in life”, said Ferentz.

“That is the reality of the NFL. It is a temporary profession but why not chase it and why not got after it and I am really happy for him.” 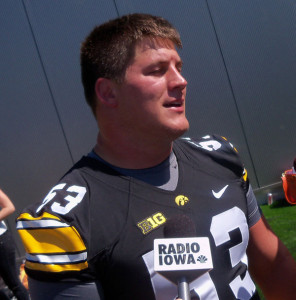 Ferentz has been to the Super Bowl in past years.

He says just getting in and out of the stadium is a hassle and watching a game as a parent is a much different experience. 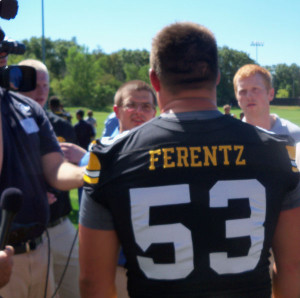 James Ferentz talks to reporters in 2012.

because it is either good or bad. It’s tough.”