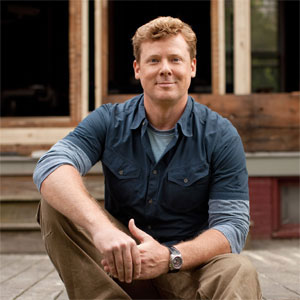 There are all sorts of home improvement shows on TV but the original program in the genre, “This Old House,” is still going strong on PBS and its host will be in central Iowa this week.

Kevin O’Connor will be doing Q-and-A sessions with Iowa homeowners about their challenges as well as talking about television’s longest-running home renovation show. “This Old House” is now in its 36th season and O’Connor says they’re featuring a combination of old and new houses.

“A brand new house, partially engineered in a factory and erected on site,” O’Connor says. “It’s going to look like a farm house from the 1700s but everything in it will be brand new, great heating equipment, we’ll have a geothermal system, super-efficient, all the comforts of a new home with all the characters of an old home.”

The show’s contractors are also tackling a Victorian home, built in 1895, that’s fallen on hard times, bringing it back to its original glory.

Most homes featured on the program are in New England, but the show does go “on the road” to find new opportunities. “We have not been to Iowa as far as I know for ‘This Old House,’ but we have been out there for our other show, ‘Ask This Old House,’ which is not the big grand renovations, top to bottom, but ringing doorbells and helping homeowners,” O’Connor says. “We’ve hit Iowa, we’ve hit 47 or 48 states and only have a couple more to go.”

The 46-year-old O’Connor is in his 14th year as the show’s host, following Steve Thomas and the first host in 1979, Bob Vila. O’Connor was a longtime fan of the program and when he and his wife, Kathleen, got in over their heads trying to fix up their first home, they knew where to turn.

“We ended up writing to the magazine ‘This Old House’ for information,” O’Connor says. “The new show, ‘Ask This Old House,’ was just starting. Those producers read the letter, came out and filmed a segment for the first season of ‘Ask This Old House,’ and two months later, called me up and said, ‘Hey, kid, how’d you like to be the host of both shows?’ which blew me away.”

O’Connor is appearing at the Des Moines Home and Garden Show, underway Thursday through Sunday.