The presidents of Iowa’s three public universities were at the statehouse Thursday, asking legislators to boost state funding for the schools by more than $20 million.

That is two-and-a-half times what Governor Branstad has recommended — and Republican legislators suggest $20 million is an excessive request.

“I believe we’re now at a ‘tipping point’ in terms of support for the tremendous demand we have at Iowa State,” Leath said. 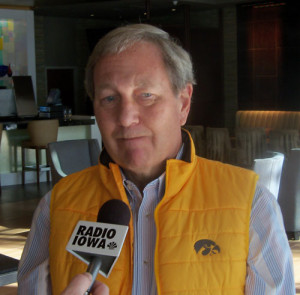 University of Iowa president Bruce Harreld said other schools are poaching his professors and he wants $4 million more to boost faculty salaries.

“The core of an institution like ours is not only fantastic students, but fantastic faculty teaching, doing scholarship and doing research and we’ve lost roughly 100 faculty over the last decade,” Harreld said.

“Our request to meet financial stability: $7.65 million,” he told legislators.

Republican legislative leaders say nearly all the new state tax money available to spend in the next budgeting year is dedicated to K-12 schools and there would have to be cuts elsewhere in the state budget to accommodate a $20 million increase for the three Regents universities.