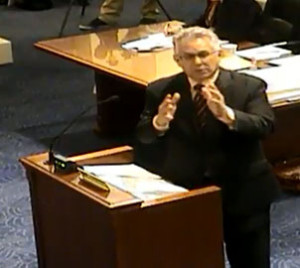 The Iowa Supreme Court heard arguments Tuesday on whether the malpractice lawsuit brought by the widow of Slipknot bassist Paul Gray should be heard.

Gray died in May of 2010 of a drug overdose, and Brenna Gray filed a lawsuit against Doctor Daniel Baldi saying he ignored her concerns about her husband’s drug use.

The case came four years after Gray’s death, and the district court ruled the two-year statute of limitations had expired.  Brenna Gray is asking the Supreme Court to allow the case to proceed and to let her daughter, who was born six months after her husband’s death, be included in the lawsuit.

Justice David Wiggins questioned attorney Bruce Stolze about including the daughter in the case. “So your position is, that if the parent has a claim for the consortium of an unborn child, that the reverse necessarily is true,” Wiggins says. “That is true your honor,” Stolzee answered.

Stolze says the unborn daughter fits the definition of a minor child, and should have a claim for damages in the lawsuit. “This child, no matter how you define life before the child was born, this child was born, and currently lives. And every day lives without her father, and there is no father to support her, there is no father to see her at her birthdays, or to be with her at Christmas,” according to Stolze.

Stolze says the law gives a child who has suffered an injury before being born more time to file suit. “Looking at this particular issue, when the legislature passed this statute, the legislature was looking at trying to give children who are under eight an extended period of time in order to bring the lawsuit,” Stolze says.

Justice Wiggins pointed out the extension was intended to give a longer period of time after a child is born to see if there is an unknown physical injury that occurred before the child was born. He questioned if the law applies in this case. 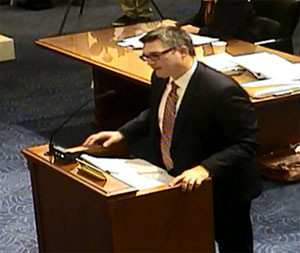 Attorney Erich Hoch presents his side of the case.

Eric Hoch, the attorney for Doctor Baldi, argued this a case of someone dying, and the two-year statute of limitations for death is much different than the one for an injury.

Baldi was acquitted of a manslaughter charge in criminal court.