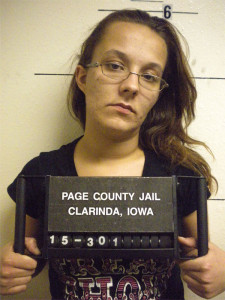 State investigators are looking into the death of a Page County Jail inmate following the release of autopsy results.

Twenty-five-year-old Jessica Lee of Council Bluffs was arrested November 19th on several drug charges and booked into the jail. Jailers found Lee unresponsive in her cell on the night of December 1st. She was taken to a hospital in Omaha, where she died the next day.

The autopsy results show she died from an overdose of methamphetamine. The DCI is investigating, and in a news release says Lee made a recorded call to someone outside the jail and told them she was dying. She also admitted in the call to sneaking the meth into the jail in a body cavity. Neither Lee or the person she called told Page County jailers of her situation.