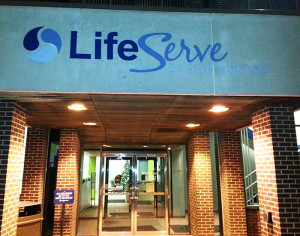 Blood centers are taking some precautions to head off an issues with the Zika virus outbreak.

LifeServe Blood Center spokesperson, Nicole Hanger, says they are following the FDA guidelines when it comes to dealing with blood donors who may’ve been exposed to the virus.

“If you have traveled to any country where the Zika virus has been identified, then we want you to wait 28 days from the date that you return,” Hanger says.

A spokesperson for the Red Cross says they are also following the guidelines of having donors wait four weeks if they have been in a country where the virus is prevalent. The virus has spread primarily in the Caribbean, Central America, South America, Samoa and Cape Verde. Hanger says with spring break only weeks away, they are anticipating more travel to one of those countries, and more people becoming ineligible to give blood for awhile.

Hanger says those who aren’t traveling to the Zika areas are asked to help out by donating blood. Hanger says they will try to make it easy by asking people if they have traveled to the Zika areas when they come in to donate blood. “So that we can defer them prior to their registration and going through the whole process,” She says. “Ultimately our goal is to protect the blood supply, we want to make sure we have a safe and stable blood supply.” She says they don’t want to see another lag in the blood supply like they saw in recent months.

“During the winter months we often see the donations decrease simply because of the winter weather, which we experienced several weeks ago,” Hanger says. She says donors responded and help build up the supply again, but they have a need blood throughout the year, especially “O Positive” and “A Positive” right now. Hanger encourages everyone to think about donating.

“If you haven’t donated for awhile, and you don’t have any travel plans, we really need you to come in and give that life-saving blood donation to help sustain the donor base for those who maybe are traveling,” Hanger says. For further information, or to schedule a blood donation appointment, visit www.lifeservebloodcenter.org or call 800-287-4903.