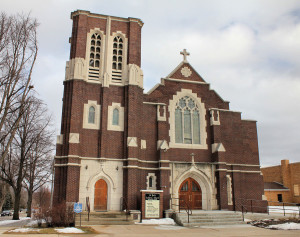 The computer system of a Sioux City church has been hit by a cyber attack and hackers are holding it for ransom.

St. Paul’s Lutheran Church got notice last week from the hackers that their files and data bases were frozen, and for a fee, their computer system would be freed. Sioux City Police Detective Bill Nice says so-called “ransomware” attacks are being reported elsewhere.

“There have been several other instances in town where people have received ransomware,” he says. “It’s just a virus that’s inserted into the computer and it completely locks you out of everything in there, demanding you go get a Green Dot card or something in order to pay someone else to unlock your computer.” Detective Nice says the cyber attack could have come from anywhere and if you haven’t backed up your files, you may have to start from scratch.

“The best advice is to hire a professional and have it removed from your computer,” Nice says. “Then, figure out how they accessed your computer through either a phishing email, a bad link on a website or a fake website you could’ve gone to. Sometimes they pop up in Facebook. If you don’t know what you’re clicking on, it’s best to not open it.” Nice says you should let local authorities know about the data breach, because one incident will likely lead to more attacks.

“If they can get into your computer enough to lock up your entire hard drive, you just might as well assume they’ve been able to take all the information from your hard drive,” Nice says. “Everything is compromised. They’ve potentially created other victims as far as your client list and their personal information, credit card information.”

Church officials have not paid the ransom and are undertaking measures to rebuild their system. Nice says while local police can’t track the hackers, they can contact other authorities to help try and determine the scope of the cyber attack and where it may have originated.