You are here: Home / News / This Winter at top of state records for most rain and snow 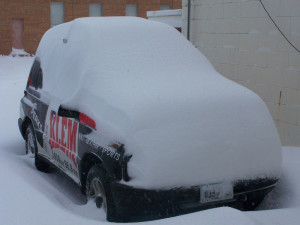 Heavy rains and snow combined for 5-inches of precipitation in December alone. Although there were some extremely cold days between December and February, the statewide average temperature was 4.7 degree warmer than normal over the three-month period.

“It was the 17th warmest winter on record,” Hillaker said. Over the just completed month of February, the warmest spot in Iowa was Sidney, with a temperature of 75 degrees posted last Friday (February 26). Cresco had Iowa’s lowest temperature of 17-below-zero on February 13.