You are here: Home / Agriculture / Midwestern food safety center to be placed at ISU 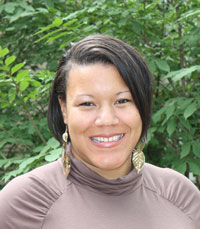 Iowa State University is being picked to serve as a regional center for food safety to help businesses that grow and process food comply with new federal regulations in the coming years.

Angela Shaw, an ISU professor of food science and human nutrition, says the new center will provide guidance to growers and processors in Iowa and 11 other Midwestern states.

“We’re going to be doing a needs assessment across all of the states to see what exactly the growers and processors need to become in compliance with this new rule,” Shaw says, “which equates to the consumer as, them doing a better job at what they’re currently doing.”

Shaw notes, the Food Safety Modernization Act was signed into law in 2011. “So, it’s been five years that they’ve been working to find out the current status of the food industry and some of their needs,” she says. “They’ve really been taking their time with writing this rule and making sure that all food companies are going to be able to come into compliance with it.”

“We’ve been doing this work for food safety, specifically with produce, for over ten years here at Iowa State,” Shaw says. “It was a great relief to see that we’re being recognized for our work and that we can assist the whole Midwest with insuring that their food, as well as ours, is safe.”