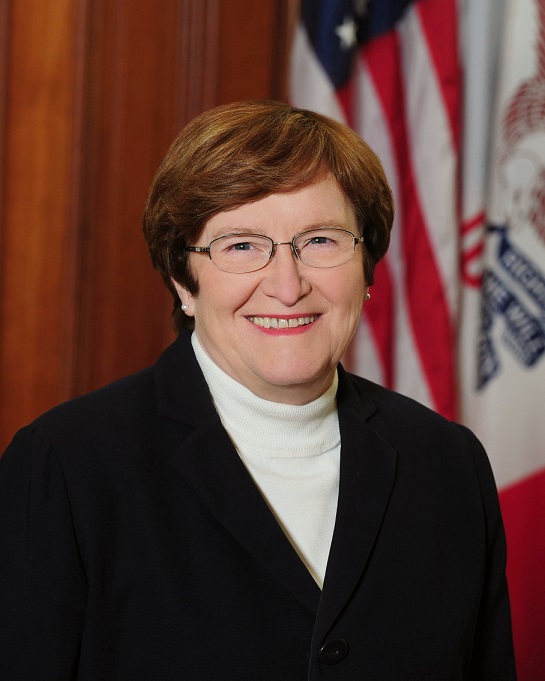 A Democrat who has won three statewide elections has officially launched her campaign for the U.S. Senate — aiming to challenge Republican Chuck Grassley’s bid for a seventh term in the U.S. Senate.

Patty Judge, a registered nurse and a farmer from Albia, won a seat in the state senate in 1992 and served eight years in the state legislature.

In 1998, she was the first woman to be elected Iowa’s Agriculture Secretary and she was reelected to that post in 2002.

Judge ran for governor in 2006, but ended her campaign after Chet Culver asked her to be his lieutenant governor running mate. The Culver/Judge ticket won the 2006 election, but lost in 2010 when Terry Branstad returned to the governor’s office.

Judge says she’s running because Senator Grassley is acting like someone who has been in Washington for far too long. Judge says Grassley is blocking progress and promoting obstructionism by refusing to even hold a hearing for President Obama’s nominee to fill the vacancy on the U.S. Senate Court.

Judge will face at least one Democrat in the June Primary. State Senator Rob Hogg filed the paperwork to run for the U.S. Senate on Monday.

A spokesman for the National Republican Senatatorial Committee calls Judge an “out of touch liberal” who was rejected by Iowa voters the last time she was on the ballot.