You are here: Home / Agriculture / Study to focus on farmer health in fast food generation 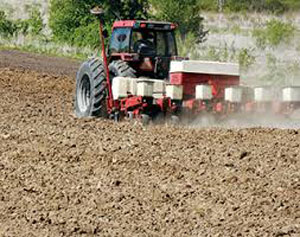 Technology is constantly changing the face of farming in Iowa, but it’s also changing the bodies of farmers themselves, perhaps not for the better. Just as machinery, computers and fast food have influenced the general population, they’ve also influenced farmers.

A health study of the region’s farmers is being launched by researcher Paula Schulz at the University of Nebraska Medical Center in Omaha.

“Historically, we think of farmers as very active people, but they tell us they are sitting in front of their computers and they are able to monitor their irrigation system, that they no longer walk out to the field, they ride their three-wheeler,” Schulz says. “So, they’re sitting like everyone else, a lot more than they used to.”

We picture farmers as lifting hay bales and working with cattle, Schulz says, but so much of farming is automated today that farmers don’t do as much physical work. A pilot study is underway to gauge heart disease risk in farmers.

Schulz says, “No one has really looked at farmers in particular and how their lives have changed and how their cardiovascular disease might be affected by these changes.”

In the one-year study, researchers will collect information about physical activity and dietary habits, quality of life and cardiovascular disease.

Participants will wear a device that measures activity during peak farming season and during off season. Researchers hope the information can be used to identify strategies that could be tailored to the farming lifestyle to reduce heart disease risk.