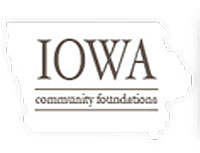 The County Endowment Fund is entering its tenth year and has given out some $71 million in grants in the past decade.

Iowa Gaming Association CEO Wes Ehrecke says the fund is an offshoot of the gambling industry, with the goal of helping counties that don’t have casinos.

“The legislature had a vision ten years ago to take the non-casino counties and take a portion of our gaming tax revenue and provide approximately 130-thousand dollars a year to each of those counties to set up a qualified community-county foundation,” Ehrecke says. Ehrecke says the goal was to leverage more money for each community through the foundation.

He says each foundation takes 25 percent of the money and puts it in a permanent endowment, and then that money serves as a catalyst for people to leave more money to the foundation to provide additional dollars to the communities. The other 75 percent of the money is given out in grants each year. He says the 84 counties in the program have garnered an additional $155 million to go with the money they receive annually.

Ehrecke says some foundations have exponentially expanded the amount of money they have available for community projects. “They’ve really taken this on to do that — others quite frankly haven’t done as much — still they get those dollars every year for the purpose of providing out in grants,” Ehrecke says. Ehrecke gave an update on the County Endowment Program during last week’s Iowa Racing and Gaming Commission meeting.

There is a full report on how each county in the program has used the funding online at: www.IowaCommunityFoundations.org.