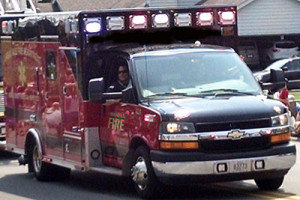 The Adair County Sheriff’s Office says the driver of a mini-van that crashed about nine-miles east of Greenfield off Highway 92, is believed to be an adult male from the State of Indiana.

The victims’ name was being withheld though, until a positive identification can be made by the Iowa Office of the State Medical Examiner. The accident was reported a little after 7 a.m., Sunday. When authorities and rescuers arrived on the scene, the driver and sole occupant of the vehicle was located underneath the van. The victim died at the scene.

Authorities say it appears the vehicle was traveling eastbound on Highway 92, when for reasons unknown, it veered off the road and entered the north ditch where it traveled for some distance before leaving the ditch and becoming airborne. The van entered the road again and rolled sideways, ejecting the driver, who was trapped under the vehicle as it rolled over and came to rest. The accident remains under investigation.