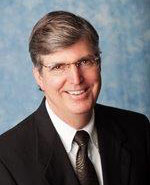 These grants will be used to support 16 students who are studying to become psychiatrists. Dr. Larry Severidt of Broadlawns, the public hospital in Des Moines, says the goal is to get those students to stay in Iowa once they are licensed psychiatrists.

“We have a 35 year history now with data that shows that if you go to either one of our medical schools and you do your residency in Iowa, there’s a 75-80 percent liklihood that you will spend your entire professional career in Iowa,” Severidt says. “And so we feel confident that we can do that same thing in another specialty, like psychiatry.”

There is a shortage of psychiatrists in Iowa.

There already are 100 residency students at Unity Point Hospital in Des Moines and the hospital’s Dr. Douglas Dorner says psychiatry will become its seventh residency program.

“About a third of our residents are graduates of Des Moines University. Another third are graduates of the University of Iowa. Another third come from primarily upper Midwestern states,” Dorner says. “When we train someone from Iowa in one of our two medical schools and then give them their residency training in the state, the statistics for that group is well more than 67 percent staying in the state of Iowa, so that’s a very, very good return on investment.”

Mercy Hospital in Des Moines will also have a residency program for psychiatrists financed, in part, with this state money. Dr. Sasha Khosravi is a pediatric psychiatrist at the hospital.

“This grant will allow us to meet the challenges of patients with mental health needs,” Khosravi says.

University of Iowa Hospitals currently has the only program in the state to train future psychiatrists.

Students who go through these psychiatric residency programs at Iowa hospitals will not be required to take a job in Iowa once they’re finished, however. Governor Branstad says no other state enforces that kind of requirement in its teaching hospitals.