You are here: Home / Crime / Courts / Man wanted for sex abuse in Iowa arrested in Ohio 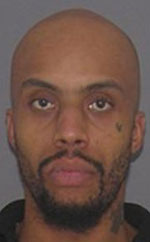 A man who was wanted in eastern Iowa for sexually abusing kids is now in custody.

He was wanted on three counts of sexual abuse involving children in 2015. King is now in an Ohio jail awaiting extradition back to Iowa.