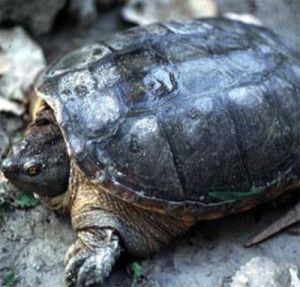 There’s a rush this week at the statehouse to meet deadlines for progress on a variety of bills — and legislation about turtle hunting will be among the last to cross the finish line in time.

“There’s currently no season for the commercial or sport harvest of turtles. Turtles can be currently be harvested year-round, including during their nesting season,” says Representative Dean Fisher of Garwin.

Fisher says every other species of game animal is protected from hunters while it’s reproducing.

“The reproduction rate for turtles in the wild is very low due to natural predators that feast on the eggs,” he says.

And Fisher says it’s time for hunters to stop harvesting turtles during their nesting season.

Legislators are moving to set new limits on the number of turtles that can be “harvested” annually and they are directing the Iowa Department of Natural Resources to establish the dates for turtle hunting season. The Iowa House made adjustments in the bill and then passed it Wednesday night. Senator Dick Dearden of Des Moines says his senate committee will endorse the changes Thursday.

“It could be better, but it’s real good,” Dearden says.

Policy bills like this one must clear either the House or the Senate as well as a committee in the opposite chamber by Friday or the bill is dead for the year. Bills that deal with tax or spending issues are eligible for debate in the legislature at any time.