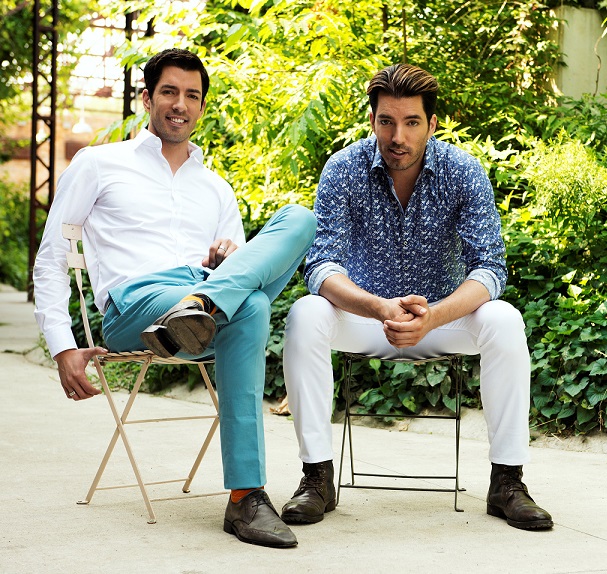 The identical twins who co-host the HGTV show, “The Property Brothers,” will be in central Iowa this weekend.

Jonathan Scott says he and his brother, Drew, are dedicated to helping homeowners get into homes they otherwise could never afford, typically by finding houses in very rough shape and renovating them. Scott says the goal is to help Iowans in person, just like on the program.

“We’re doing a face-to-face lecture, giving the audience tips and tricks on how they can do what we do, and basically making fun of Drew for an hour, which everybody can get on board with,” Scott says, laughing. “We answer all kinds of behind-the-scenes questions and show videos and stuff like that. It’s a good time.”

The Scott brothers, who are 37 and natives of Vancouver, Canada, bought their first house when they were just 18 years old and sold it a year later for a $50,000 profit.

While they strive to make the process of “flipping” a house look relatively simple, he warns, that’s the magic of television.

“It’s not as easy as it looks on TV,” Scott says. “Renovations don’t take 40 minutes to complete. We read every book we could. You can learn a lot by just getting out there and educating yourself. Always, always be cautious and don’t max yourself out (financially). That’s what got people into a lot of trouble when the economy turned. There’s opportunity out there for investment in every city.”

If you own your own home and are planning a major facelift, Scott says to first have a real estate professional do a market assessment, or the money you invest may never be recouped when you sell. The same goes for anyone hoping to buy a house and flip it.

Scott says, “They should get that estimate done on the work before they purchase the house so they know that at the end of the day, if it’s going to cost way too much to renovate, we can walk away from the house and we won’t lose our deposit.”

The twins also host two other shows on HGTV, called “Buying & Selling” and “Brother vs. Brother.” The Scott brothers are appearing at the the Des Moines Home and Outdoor Living Show at the Iowa Events Center on Saturday.