You are here: Home / Crime / Courts / Group says Iowa native not fit to be on the U.S. Supreme Court 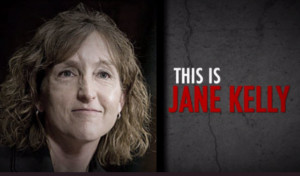 An ad from the Judicial Crisis Network questions the background of Jane Kelley.

A new television ad claims U.S. Circuit Judge Jane Kelly is unfit for the U.S. Supreme Court, referring to work she did as a federal public defender in a child pornography case in northern Iowa a decade ago.

Kelly is said to be on the “short list” of President Barack Obama’s possible nominees for the nation’s high court.

Iowa Senator Chuck Grassley was among those who voted to confirm Kelly for the federal post in 2013. “I don’t regret that I voted to confirm her,” Grassley says. “I suppose if that had been known ahead of time, it may have affected some, but I have not seen it, so I don’t want to make any comment about the television advertisement.”

Kelly was a court-appointed attorney for Casey Frederiksen, who was later convicted in the 2005 murder of Evelyn Miller, the 5-year-old daughter of his girlfriend in Floyd. The ad criticizes Kelly for trying to negotiate a plea deal for Frederiksen, in part by noting his psychologist believed he was not a threat to society.

The ad was paid for by the conservative group Judicial Crisis Network. Critics of the ad call it a “smear” campaign and note, Kelly, as a public defender was merely doing her job.