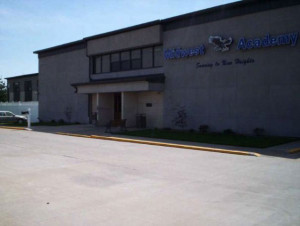 Legislation is being drafted to provide more state oversight of private boarding schools like the now-closed Midwest Academy in southeast Iowa.

Midwest Academy facilities in Keokuk and Montrose were closed in January after allegations of sex abuse surfaced. Jeff Berger of the Iowa Department of Education says officials from six state agencies know of only two other facilities in Iowa that board students.

“We triangulated and tried to figure out: Do we know if there are a lot of these? We just simply don’t,” Berger says. “We don’t think there are a lot.”

A Senate-passed bill on this topic failed to survive a deadline for action in the House, so the House and Senate Government Oversight Committees are considering new bills that would require boarding schools to get a certificate to operate in Iowa.

“Unless you’re otherwise licensed, you must become certified as a children’s residential facility,” says Wendy Rickman of the Iowa Department of Human Services. “And the reason for that is we don’t want folks to continue to just change their websites or change their names or start to say that they are something else to avoid basic oversight.”

Rickman says the proposal also would allow her agency to crack down or even shut down a facility where students are being abused.

“What we really became more aware of in the most current situation is an inability to act on the facility itself,” Rickman says. “And that’s what this legislation is meant to do.”

Officials with the Scattergood Friends Academy — a private Quaker boarding school in West Branch — say their college-prep program is state-accredited and they have no problems with the bill under consideration, but would like to work with legislators to ensure state oversight isn’t too intrusive.

“My nightmare of regulatory creep that might actually, suddenly grow to a point where it is no longer is sustainable for us to operate in the way that we have successfully done,” says Thomas Weber, Scattergood’s head of school.

The Midwest Academy in southeast Iowa falsely claimed on its website that its students were getting class credits and counseling at Keokuk Schools. A key legislator says he would like the bill to include penalties for such false advertising.