You are here: Home / Sports / Cyclones advance to second round with NCAA win over Iona 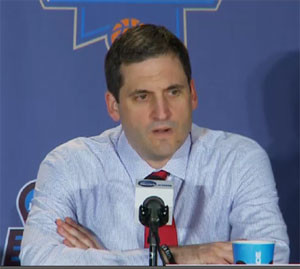 Iona closed the gap below double digits late in the second half before the Cyclones closed out the game.

Coach Steve Prohm got the tournament win in his first year with I-S-U. “I thought our first half defense was terrific. The second half we tried to almost exchange baskets and gave up too many points off turnovers and poor shots,” according to Prohm. 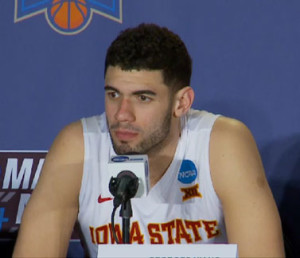 Georges Niang led the Cyclones with 28 points and says it was a good performance to rebound after falling in the first round of the conference tournament.

“I think we are pretty confident, we got I would say our swagger back — we’ve had it for awhile — we are looking to make a run deep in March,” Niang says. ISU was upset in the first round last year, but pulled out by 12 points early in this one and kept control. “That was huge, I think you learned that from last year, is you don’t want to let a team like that hang around and get confidence. Because if they get confidence, the way they shoot it goes up from anywhere, and if its going in, that’s not a pretty game,” Niang says.

Monte Morris was healthy again and he chipped in 20 points. “Just to get out there with those guys was a blessing and the ball went in for me tonight,” Morris says. “You know I’m just happy and I’m thanking god.” Jameel McKay had 11 points, three blocks and nine rebounds. He says this win puts to rest last year’s tourney upset.

“I’m not ready for my college career to be over with Georges is not, Abdul is not, Monte is not, even the last person on the bench, nobody is ready for this year to be over with. We have huge expectations,we’ve just got to go out and keep competing,” McKay says.

Abdel Nader had 19 points, and Matt Thomas 14. The Cyclones will play in the second round Saturday.