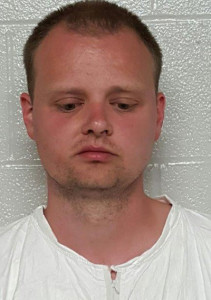 A 30-year-old man described as “severely mentally ill” is in custody and accused of the stabbing deaths of his mother and grandmother in the home they shared in Council Bluffs.

“This is not a woman who just didn’t know how to access the services,” Shouse says. “Jackie knew every service the state offered, inside and out, and the lack of services failed her.”

“I’m here today to implore you on behalf of Jackie and her son who can’t be here because they paid the ultimate prize for Iowa’s failure to provide services and a safety net,” Shouse said, her voice cracking with emotion.

Shouse, who is from Marion, is an advocate for expanding the availability of mental health care services in Iowa and that’s how she met Jackie Dieckmann.

Michael Dieckmann is being held on two counts of murder in the deaths of his 63-year-old mother and his 91-year-old grandmother. Their bodies were found on Wednesday. Jackie Dieckmann had served on the Iowa Mental Health Planning and Advisory Council and was active in the National Alliance for the Mentally Ill.

Advocates like Shouse are telling legislators they’re worried the three private companies that will start managing care for Medicaid patients will restrict or deny critical mental health care services, as a way to make money.