You are here: Home / Sports / Star-studded field in 400 hurdles to compete at Drake 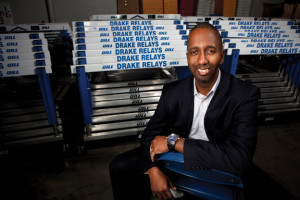 Six of the top eight men’s 400-meter hurdlers in the world will compete at next month’s Drake Relays. The field includes reigning Relays champion Bershawn Jackson, who is coming off a banner 2015 campaign.

“As an older and former athlete I root for those athletes who have been around a while”, said Drake Relays Director Brian Brown. “In the 400 hurdles last year Bershawn Jackson was the last guy in. He was getting himself back in shape and he was the last lane. For him to go out and have a phenomenal year and be ranked number one in the world, it started here.”