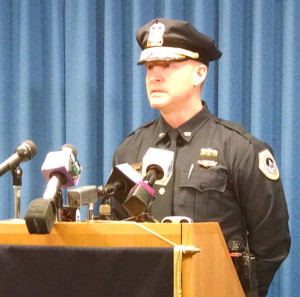 Des Moines Police released the names of two officers killed early this morning in an accident on Interstate 80 near Waukee.

Police say 34-year-old officer Carlos Puente- Morales, and 30-year old officer Susan Farrell, died along with a prisoner they were transporting when another vehicle that was going the wrong way slammed into their police SUV.

The person driving the other vehicle also died in the accident. The prisoner and the other driver have not yet been identified.

Police Chief Dana Wingert was emotional as he talked about the deaths of the two officers. 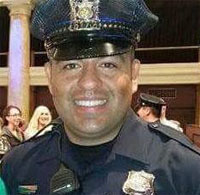 “Obviously, this is a very sad day for the Des Moines Police Department as we face a nightmare that no agency ever wants to experience. Our thoughts and prayers are with the families, we will support them, we will be here for them,” Winger says. “But I wish you would also pray for the police department family as we work through this in the coming days, weeks and years.”

2015.  “Words cannot express what this loss means to this organization, and the people who lost their lives are heroes in our minds as they do a very difficult job day in, day out. You never expect a tragedy like this to happen within your own organization,” Wingert says. 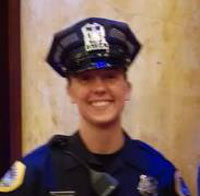 The chief says while it is difficult, they will continue doing their jobs. “We will work through this as a police department family. I’d also like to thank all the public safety, police, fire, EMS who were at the scene. Who worked tirelessly at that scene to help the victims,” Wingert says.

It is the first time a Des Moines officer has been killed in the line of duty since 2007. Police Department spokesman, Sergeant Paul Parizek, explained what the officers were doing at the time of the accident.

“It was a prisoner who had a Des Moines warrant. It was a felony charge. And that is not uncommon for us to travel to another parts of the state,” Parizek says. “Extradition is something that is set by the judge when they sign the order — so we are kind of guided by that on how far we will go to pick them up.” 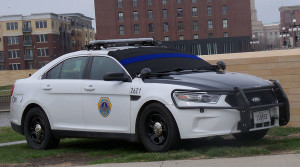 A Des Moines patrol car has its windshield covered in a show of respect to the fallen officers.

The Iowa State Patrol is investigating the accident.

The initial report says troopers were called to the accident at 12:34 a.m. to the eastbound lanes of I-80 at the 117 mile marker at the Waukee exit.

The patrol says the first trooper arrived on scene within minutes and advised that a car was fully engulfed in flames. The initial investigation indicates that the Des Moines Police Department SUV was traveling eastbound on I-80 in the inside lane and the car, a Ford Taurus, was traveling in the wrong direction when it crashed into the police vehicle.

The Iowa State Patrol is conducting a technical investigation of the crash scene and this crash is still under investigation.