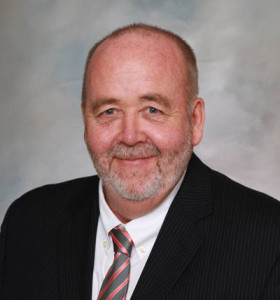 President Barack Obama made a trip to Cuba this week to continue his push to open relations with the country.

An Iowa group that included Iowa Corn Growers Association (ICGA) Chairman Jerry Mohr , a farmer from Eldridge visited the country on a trade trip in February.

Mohr says it was a new experience. “All of us went back in time 50 years, we just did,” Mohr says. “It took us two hours to get baggage off the planes and through customs and out the door — and there were only two planes at the airport. The drive to the Hotel Nacional was easy, they don’t have a lot of traffic on the road. At that time, you paid for everything in cash.”

Mohr says he doesn’t care if Iowa corn is exported to Cuba as whole grain or as value-added food after being fed to cattle. He says there is also a need for grain to feed to chickens, which are important to the food supply. Support for farming is also needed in the country.

“When the Soviet Union departed Cuba in 1991 — that’s when the expertise for the farming went away or the industrial farming, however you want to call it — went with the Soviets. So a lot of the land that was cultivated was taken over by invasive species. Which does happen, weeds grow, trees grow and everything else,” according to Mohr.

He says they visited a farmer who is trying to get things restarted. “The government has relaxed the standard on ownership, so if a family wanted to come in there and wanted to cultivate the land, reclaim the land, they could do that,” Mohr says. “It’s a long and arduous process.”

Mohr says Brazil recently built a huge port on the south side of the island to handle the increased shipping that is to be expected. But he says the United States has a logistical advantage being only 90 miles away from Cuba and will be able to compete for exports. Mohr says the country’s infrastructure poses one of the greatest challenges as it tries to catch up with the rest of the world.