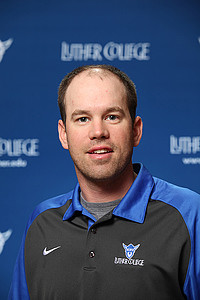 The Luther College baseball team continues to make progress under second year coach Bryan Nikkel. After posting a 20-23 record a year ago the Norse have raced out to an 11-1 start, including a 7-1 record on a trip to Arizona.

“I knew we would pitch it pretty well”, said Nikkel. “We have got a lot of new people in the lineup so you don’t really go into it saying what our record is going to be but I knew we had the kind of kids in our program who want to work hard and get better every day.”

Luther starts the Iowa Conference race on Friday by opening a four game series at Central.

“I think we have the potential to do some really good things in our program but we can’t crown ourselves for going 11-1 in the first 12 games.”