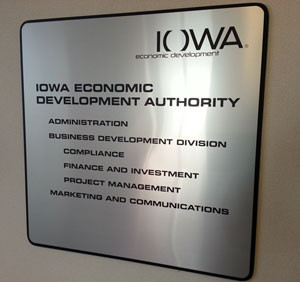 A couple of ag operations in the works in northern Iowa are getting help from the state.

Nearly $15 million in state incentives are going to Prestage Farms. The North Carolina based company plans to build a $240 million pork processing plant in Mason City.

David Bernstein is a member of the Iowa Economic Development Authority Board, which approved the award to Prestage this morning. “Sioux City, where I live, just recently had a similar size project announced and it was a big deal in Sioux City. So, I’m guessing Mason City is very excited for this project,” Bernstein said.

The incentives provided to Prestage are similar to those awarded to Seaboard-Triumph Foods for its pork processing plant under construction in Sioux City. Both plants are eventually expected to employ about 2,000 workers. Officials with Prestage say they’ll raise about half of the animals processed at the Mason City plant, with the other half coming from independent pig producers.

Bernstein says the IEDA Board does not take into consideration the potential environmental impact or odors produced by processing plants when discussing financial awards to such projects. “That is something that should be left up to local zoning and local folks to determine the viability and suitability. Clearly, the community is supportive of this project,” Bernstein said. “We analyze these based on a much narrower set of criteria — the investment and job creation.” Prestage Farms officials have said improving technology will minimize the plant’s environmental impact.

The IEDA board today also approved nearly $2 million in incentives for a $31 million chicken processing plant in Charles City. Officials with Simply Essentials say that plant will employ 254 workers.