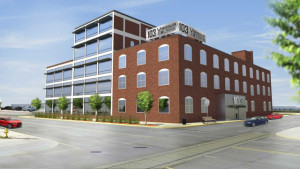 The Iowa Economic Development Board is reviewing requests for over $44 million in state incentives for big projects in four cities around the state.

Leaders from those four cities — Coralville, Grinnell, Mason City, and Sioux City — were in Des Moines to provide the IEDA Board with updates on their plans.

In Sioux City, economic development director Marty Dougherty says they’re working on a new convention center connected to 150-room hotel, plus three buildings heading into downtown that will include a mixture of housing, commercial, and office space.

“And then, just down the road a little bit, on the old Morrell (pork processing plant) site…we have this Ag Expo Center. That will be a destination for tourism and so on,” Dougherty said. “It all fits together very nicely and all three projects are coming together very well.”

The projects carry a price tag of roughly $72 million and Sioux City officials are seeking nearly $14 million from the state. A number of projects are planned in Mason City totaling $35 million. City administrator Brent Trout says one of the highlights would be a new ice arena with seating for 2,400 people — although it could be converted for other uses and hold 5,000.

“It gives us an opportunity for other types of events. It’s really hard, right now, for our community to have a nice concert. People are not interested…we don’t have a venue large enough,” Trout said. “So, that’s one of the things this new arena will provide is a venue that people will be interested in using for musical concerts and other types of events.” Mason City officials are hoping for $10 million in state aid with their projects, which also include a downtown hotel, a performing arts pavilion, retail outlets, and apartments.

The City of Grinnell is seeking $8.75 million in state help with improvements to downtown infrastructure, a hotel and events center, and improvements around Grinnell College. In addition, Grinnell City Manager Russ Behrens says they’re in the process of a $3 million redesign of the central park in downtown Grinnell.

“One exciting component of that is the city council challenged the committee that was working on that project to raise $700,000 in private funds and, to date, we’re at $650,000, so we really feel we’ll be able to close that gap here in the next couple of weeks,” Behrens said. Lastly, Coralville officials are asking for $12 million for the Iowa River Landing project that carries a price tag of nearly $174 million.

The plan includes a proposed 6,200 seat arena located just off Interstate 80. It’s unclear when the IEDA Board will make decisions about possibly helping finance the projects.