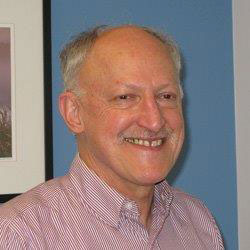 The head of the Iowa Environmental Council is injecting a new idea into the debate over how to finance water quality projects.

“Is it possible to create a clean water fee, put a fee on water bottles? We’ve heard it may raise as much as $20-25 million dollars a year,” says Iowa Environmental Council executive director Ralph Rosenberg.

Rosenberg says a five cent “clean water fee” on each bottle of water sold in Iowa could go into a state fund for conservation projects. Rosenberg says one reason he’s offering this idea is because legislators are talking about taking state taxes dedicated to other purposes and using that money on water quality projects instead.

“I think it’s an easy fee to implement and operate as well,” Rosenberg says, “because you don’t want anything complex.”

Last year the average American bought about 150 bottles of water. Rosenberg envisions charging the fee at the point of sale, but it would not be a refundable deposit. The nickle or dime fee paid on each bottle would be deposited in a state fund. He envisions the money would be used for “cost-share” programs with farmers implementing water conservation practices on their land.

“Plastic bottles, we know that they’re not necessarily the most environmentally sound and we’re not doing away with them, we’re just going to say that the five cents goes to the state,” Rosenberg says.

Rosenberg says he’s putting this idea “on the table” for legislators. His preference, however, would be for lawmakers to increase the state sales tax and use the mechanism Iowa voters approved in 2010. It would mean three-eights of a percent of the sales taxes collected would finance water quality initiatives.