You are here: Home / Crime / Courts / Waterloo man had kids in car during police chase 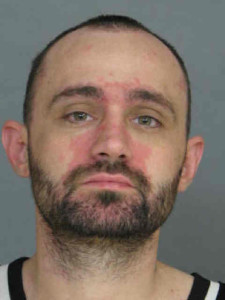 A Waterloo man is facing charges after police say he led them on a short chase with several kids in his car.

Waterloo Police say they were called to the scene of crash Saturday afternoon in which a vehicle backed up on a highway, hit another vehicle, and then left the scene. Officers located the hit and run suspect, 35-year-old Ryan Butts, and chased him for three blocks before he stopped. Three children — ages 6, 2, and 1 — were in the vehicle.

Butts is facing charges that include eluding police and three counts of child endangerment. Butts was also cited for driving with no valid license, no insurance, unsafe backing up on a highway, and leaving the scene of an accident.

He was released from the Black Hawk County Jail on Sunday after posting bond.