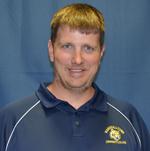 Marshalltown Community College baseball coach Rich Grife has a problem all coaches would like to deal with. Marshalltown’s starting pitching has been so effective that Grife has not used his bullpen as much as he expected.

Opponents are batting .256 and the starting staff already has four complete games as the Tigers have posted an 18-8 record, the best start in program history.

“It’s almost been so good that it has created a problem where I have not been able to throw my bullpen very much”, said Grife. “Our pitchers are throwing strikes and we have done a good job of scoring runs. If we keep those two things up that is a pretty good combination.”

The Tigers are batting .354 as a team and averaging more than eight runs per game. Grife says his team will be tested this weekend when the host Iowa Western beginning Saturday in a four game series.

“Iowa Western is traditional very good and this year is no different. We will really see where we are at.”